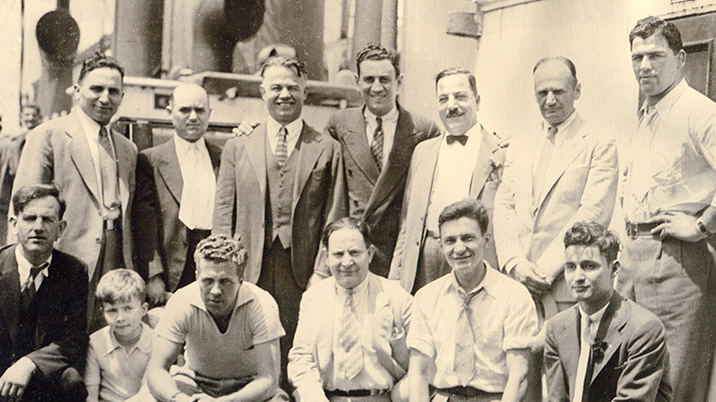 Every city has something to proud of, whether it be a claim to fame, an iconic landmark, a longstanding tradition, or a slogan that stirs the crowd. Something that’s important not only to the people who live there, but also something that sets it apart from everywhere else in the world. Something that says, “There’s no other place like it.”

Every city has something, but when it comes to New York City, we have it all.

For everything special about this city, there’s a story, and NYC has millions of them.

This is just one of those stories; one that’s almost 100 years old—”The History of New York City Coffee.”

This story still flows through many generations and lives. And it’s still being written everyday by New Yorkers who love their coffee.

The classic cup of New York City coffee is best known for the iconic blue–and–white paper cup in which it was served. The cup’s design pays homage to the people who ran coffee carts and diners in the old New York City tradition.

The story of Vassilaros & Sons is about an institution that’s served all five boroughs with high-quality, hand-blended coffees, for nearly a century. And really, it’s a story about how our coffee continues to give New Yorkers the spirit that they need to build today and tomorrow, each and every day.

We don’t make a coffee drink. We make a real cup of New York City coffee.

An Original Comes with Peace of Mind

A dedication to serving the people of New York doesn’t get easier over four generations but it’s a pledge we have upheld. Hopefully you will agree our coffee tastes and speaks volumes. Today, there is still a Vassilaros at the helm to make sure New Yorkers get the best cup of coffee there is. We are Vassilaros & Sons and we make the best cup of New York coffee, one that has fueled the history of this great city.